Viva Cuba! 8 Fantastic Things to Do in Havana Cuba 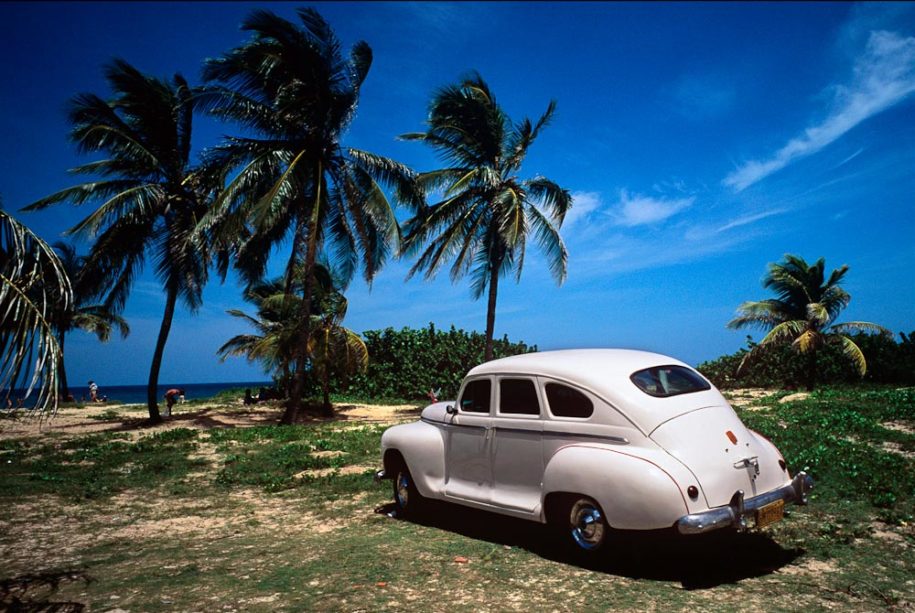 Posted by Daniel Stretton on September 17, 2014 | Featured | No Comments

You’ve probably seen photos of Havana – brightly coloured buildings contrasting with the dusty streets. Maybe you’ve seen Havana in a movie or TV show and thought you really had to go there someday… and now, lucky you, that day has arrived! The pictures are certainly glorious, but they’re not so special when compared to the stunning reality.  Nothing can prepare you for your first visit to a city like Havana – a city where cultures don’t actually clash, but beautifully blend together to make a true cultural melting pot. You could spend months in Havana and still not be able to explore every corner of Cuba’s vibrant capital. Sadly, you’re probably on holiday and holidays tend to be limited. Not to worry – we’ve got you covered with a few things that simply ‘must be experienced’ for that true Havana adventure. So what are some of the fantastic things to do in Havana, Cuba?

1. Nightlife and A Glimpse Into Cuba’s Pre-Revolutionary Past

Not all of Havana’s nightlife is concentrated on salsa and smoking cigars. Don’t get us wrong – those things are truly awesome (although maybe not for a dedicated non-smoker), but there’s far more to do than these Cuban stereotypes would suggest. Cabaret was all the rage in Havana prior to the revolution, and while there are far less cabaret venues than there used to be, the few that remain are flourishing and offer a truly unique night out. A visit to the Tropicana could certainly be on your list of things to do in Havana Cuba.

Thanks to strict trade embargos imposed on Cuba, new cars are rather thin on the ground – thin to the point of virtual non existence. You can keep your Hybrid cars, and your SUV’s with bluetooth speakers – the sheer beauty of all the 1950’s cars on the streets of Havana make the city feel like an automotive museum (a noisy one at that). Just try not to think of the pollution! Most cars have been lovingly maintained over the decades, and while they’re gorgeous to look at, you probably want to take a ride in one. The Havana Tour Companuy can arrange a tour of Havana’s many distinct districts in a Classic American Car – a truly great way to see the city!

3. Salsa: DEFINITELY one of the things to do in Havana Cuba

Even if you’re one of those people who sit in the corner at parties, perfectly content to just watch people dancing, or you need a few beers inside you before you can be tempted onto the dancefloor, Havana might have a way of changing your mind. Check out Club Salseando Chevere – there are numerous dancefloors, live music most nights, and roving instructors who are more than happy to teach a salsa novice the basics. You’ll be shimmying like a true Cuban by the end of the night!

4. Light Up and Visit A Cigar Factory

Smoking has gone the way of the dinosaurs in most cities, but puffing on a cigar is so closely connected with the Cuban identity that an exploration of the rich history of the cigar should be on your list of things to do in Havana Cuba. Forget some sterile tobacco production facility – a visit to a Havana cigar factory will show you rooms of dedicated professionals, all carefully rolling the cigars by hand. Cigars are made in an unhurried manner, and it could also be argued – made with love. The best known factory is probably the Partagás factory, which is almost 170 years old. Remember that you’re not able to legally transport cigars into the United States from Cuba – so check restrictions before you buy any souvenirs.

The local art scene is booming, and even if checking out some art isn’t on your list of things to do in Havana Cuba, you’ll probably come across some anyway. Street art is plentiful and extremely well crafted – not like the ugly graffiti that plagues many other cities. The best examples can be found on the streets of Callejón de Hammel in central Havana. For a more formal look at Cuban art, simply visit the National Museum of Fine Arts, which underwent a massive five year refurbishment in the late 1990’s. The building is a work of art all by itself, but you should also take in some of the 20,000 pieces on offer inside.

The beaches close to central Havana have a tendency to become overcrowded, especially during the summer months. But this changes drastically once you get further and further away from the city, and you might find yourself on an almost deserted stretch of white sand. If you come from a colder climate, swimming in the Cuban winter could be on your list of things to do in Havana Cuba, since their winter is perhaps warmer than your summer. For a day out at the beach, visit Santa María del Mar – a beach some 12 miles out of Havana.

7. These Cubans are Revolting!

OK, so they were revolting. Regardless of your views of Cuban politics (and any negative opinions should be kept to yourself), the Cuban people are proud of their revolutionary history. Between 1953 and 1959, revolutionary forces struggled to overthrow the sitting government, establishing Cuba as a socialist and then communist state. A glimpse into the revolutionary history of Cuba is fascinating, and the Memorial y Museo a José Martí is well worth a visit.

One of the best ways to experience a new destination is with your stomach, although vegetarians might be somewhat disappointed with Cuba – Cubans certainly love their meat. You can perhaps compromise and have some sensational seafood freshly plucked from the ocean around Cuba. Avoid the official government sanctioned restaurants – the food is like school cafeteria meals from the 1980’s. Dine in Paladares, which are privately operated restaurants offering traditional Cuban cuisine – these establishments were only legalized in the 1990’s. Meals are inexpensive and are generally of a high quality, but if you’re in the mood for something fancy, then a stroll along the affluent streets of Miramar should be one of your things to do in Havana Cuba. The meals around here are pricier, but are worth it for the views and the privilege of dining in such glamorous surroundings.

Do you know any great places to visit or any other cool things to do in Havana Cuba?