The Best Museums in Havana 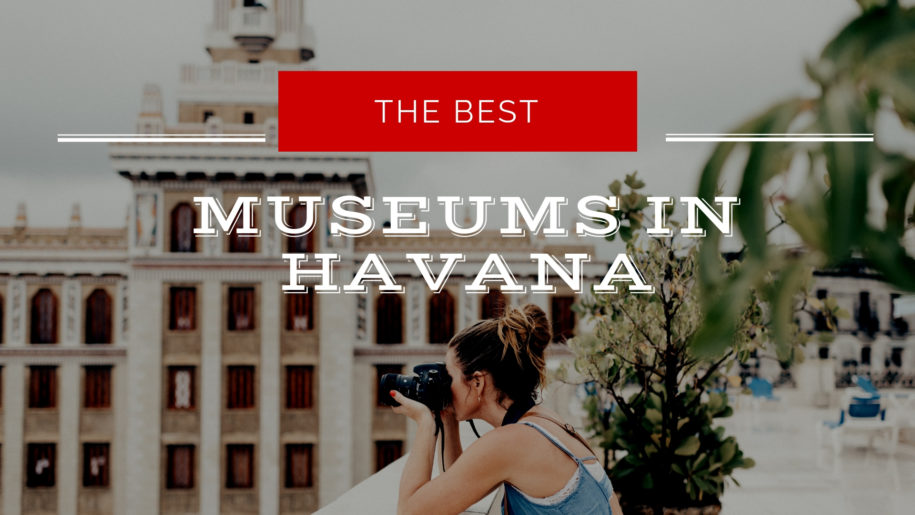 Cuba has a rich and complex history and there’s no better place to discover this in more depth than visiting one the Havana’s many museums. Whether it be Spanish colonial history, the 1964 missile crisis, the Cuban Revolution or Cuban rum. For whatever piques your interest there’s a museum in Havana that will be sure to have it.

There’s no getting away from the revolution in Havana, with grand murals and significant sights seemingly around every corner. The culture that has grown out of Castro’s 1950s revolution is one of the main reasons many people decide to visit Cuba. Because it has played such an important part in thecountry’s recent history and its relations with the United States, a visit to the Museo de la Revolucion is really something of a must.

The museum is housed within the former presidential palace, thus giving visitors an insider’s view of the luxurious surroundings in which the country’s rulers lived and worked right up until Fidel Castro entered Havana on January 8th, 1959.

A truly grandiose structure it was designed by Cuban architect Rodolfo Maruri and Belgian architect Paul Belauwith with an interior by famed New York jeweller and glassmith, Louis Comfort Tiffany.

The centre piece of which surely is the Salón de los Espejos (Hall of Mirrors) modelled on its famous namesake Palace of Versailles in France. You’ll find yourself as enthralled by your surroundings almost as much as the exhibits themselves!

Don’t miss the bullet riddled bust of poet Jose Marti a reminder of the failed assassination attempt on the life President Batista in 1957 by a revolutionary student group. Remember also to check out the large collection of black and white photographs documenting the early days of the revolution.

The museum’s grounds also hold a number of important exhibits, including the Granma, the yacht in which Fidel Castro, Che Guevara and a small band of soldiers sailed to Cuba in 1956 and lit the spark that incited the Cuban Revolution.

The National Museum of Fine Arts

Whatever your tastes, your sure to find something that suits in the National Museum of Fine Arts, or Museo Nacional de Bellas Artes. Dating back to before the revolution, the original collection of the national museum covers 200 years of Cuban artistry, while a second hall added in just 2001 has expanded this original collection to include the rest of the world.

The Cuban Art building manages to inform visitors of the story and struggles of the island’s people in all manner of art forms without being overly propagandist to the Castro cause. By contrast, the new gallery within the Palacio de los Asturianos, containing the ‘arte universale’ collection. Here you can see everything from ancient Greek vases to works by internationally-renowned artists including de Ribera and Velázquez.

Even non-drinkers will appreciate a visit to the Havana Rum Museum. Telling the story of one of Cuba’s main exports (the other being cigars) on the one hand, on the other El Museo del Ron Havana Club guides visitors through the whole distillation process, from the freshly cut sugar cane raw ingredients to aged and bottled product.

Located right in the heart of Havana Vieja (the UNESCO listed Old Town), the museum is housed within a fully-renovated eighteenth-century colonial townhouse. Tours are guided, and begin with the construction of the oak casks used to age the finest rums and continue through the entire process with the add of various reconstructions and scale models. Needless to say, the tour doesn’t end anywhere else but the thirties-style
wooden tasting room!

Just outside of Havana you’ll find Finca Vigia, the farm where American author Ernest Hemingway lived for close to a decade. The modest home in the working-class neighbourhood was taken over by the Cuban government after Hemingway left the island for good after the revolution. But it was in Finca Vigia, which translates as Lookout Farm, that Hemingway wrote some of his most famous works, including For Whom the Bell Tolls, and The Old Man and The Sea, the story of a Cuban fisherman struggling with a giant marlin off the island’s coast.

Although the museum can only be viewed from outside, the large windows allow a good view of the furniture, much of it Hemingway’s original furnishings, as well as the author’s beloved library of books, several thousand strong.

The Museo de la Ciudad displays the history of Havana, and through it, the history of Cuba, from the city’s founding to its involvement in the revolution. Situated in one of Havana Vieja’s main squares, taking up an entire side of Plaza de Armas, the building was originally the palatial residence of Cuba’s Viceroys – the representative of the Spanish king on the island. Some of the galleries maintain their function as the Viceroy’s living quarters, complete with period furniture, while there’s also a highly-decorated throne room, constructed to demonstrate the power of Spain.

After independence from Spain, the elegant building then served as the headquarters of the US military authorities before finally being turned into the city museum. Maybe as a result many of the exhibits on display come from a military bent, including uniforms, weapons, and even carriages, but you certainly don’t need to be a fan of military history to think the museum a worthwhile experience.

Not always on the list of a tourist’s must visit museums in Havana, the Casa de Africa, or Africa House, is a wonderful place to spend a couple of hours. With a collection than spans more than 2,000 artefacts, its aim is to help visitors understand the important role African influences have played on Cuban culture. These influences began with the importation of African slaves to work in Cuba’s sugar plantations, and ended up affecting the island’s culture in all manner of ways, including through the development and introduction of the Santeria religion.

In a prime location opposite the Museo de la Revolucion, look for the green, seventeenth-century building. Once inside, check out the vast array of displays – sadly mostly in Spanish at present – ranging from exquisite elephant ivory carvings and decorative African masks, to musical instruments and clothes. The collection also includes a fine display of items given to Fidel Castro as Cuba’s head of state as diplomatic gifts from a raft of African nations.

Museums in Havana comprise some of the capital’s most important tourist sights, so whatever the weather might be doing outside (and, let’s face it, its bound to be fine), make sure you leave time find out a little more about the Cuban history and culture.