A 20 Km Stretch of Heaven: The Best of the Best Attractions in Varadero 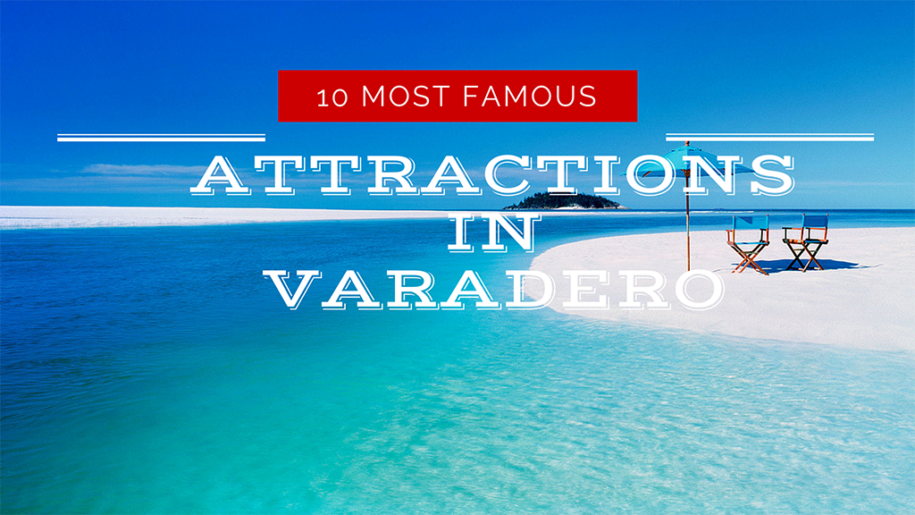 Posted by Daniel Stretton on September 14, 2015 | Featured | No Comments

Sometimes you see a beach that’s so beautiful it almost seems like it’s a cliché. Azure coloured oceans gently lapping against white sands under achingly beautiful blue skies – it’s like the beach was designed to model for postcards. To the envy of many other nations, Cuba has a huge number of these beaches, but Varadero would have to be amongst the best (although determining a best is rather difficult, given the competition). Varadero is on the geographically impressive Hicacos Peninsula, which is a 20 km stretch of land that juts out from the island like a beckoning finger, and is no more than 1.2 km wide – it’s really an amazing place. Located just under two hours by road from Havana, there are so many attractions in Varadero (other than the beach). So what is there to see and do in this seaside paradise?

The best way to get to know Varadero is to start in this lush green paradise right in the heart of town. Parque Josone is a beautiful park that is the former private garden of a gigantic mansion, which was seized by the government after the revolution (which was the fate of many mansions of the wealthy). The mansion was built and owned by local rum magnate José Fermín Iturrioz y Llaguno and his wife Onelia, and at least the park was named after them after they lost their home (José + Onelia = Josone). It’s a rather lavish place when you think that it used to be a private garden, and there’s even a lake. One of the best attractions in Varadero is to hire an extremely reasonably priced rowboat and to spend an hour or two paddling around this lake. Located on the corner of Avenue 1 and Calle 58.

Beatles by the Beach

Despite Cuba’s relative isolation from much of the world’s popular culture, the Beatles were huge here (partially because they were banned). There’s even a John Lennon Park in Havana! One of the coolest ways to spend an evening in Varadero is at the bar named in their honour – The Beatles Bar, located on the edge of Parque Josone. There’s a nice selection of cold beer, but the real drawcard is the open air rock concerts performed by a rotation of rather skilled cover bands. These take place each Monday, Wednesday, and Friday, although the bar offers a relaxing way to spend a few hours on any night of the week. Also located on the corner of Avenue 1 and Calle 58.

The View from the Top

You probably have some plastic products in your home that come from the DuPont Company, and consumers have been filling the company’s bank account for generations. It was this extreme wealth that allowed Irénée du Pont to build a sumptuous three level mansion on the beach at Varadero, which he lovingly named Xanadu. It’s not exactly as old as you might think, and was in fact constructed in the 1930s – although it was designed to look much older. Fortunately it’s no longer a private home, and you can now stay in this rather swanky hotel if your budget allows. If it’s more than you’re willing to spend, you should at least go to the bar on the top floor and enjoy a cocktail while enjoying the view – surely one of the best attractions in Varadero. Located on the corner of Avenue las Américas and Autopista Sur.

While Cuba is known for salsa music, let’s not forget that it was also the birthplace of mambo – a style of music that was influenced by Spain, France, and also by the African slaves who were forced to work in Cuba. Mambo originated in the late 1930’s and then quickly took over the world. Varadero boasts one of the most amazing venues on the island to enjoy this lively music and dancing. The unimaginatively named Club Mambo is all about dancing to a live band, and if you need a bit of “liquid courage” before you hit the dance floor, then don’t worry. Your entry fee covers all your drinks as well. This is one of the reasons why this nightspot is extremely popular and is deemed one of the best attractions in Varadero by locals and visitors alike.  Located on Avenue las Américas.

The Best Attractions in Varadero are (Unsurprisingly) the Beaches

OK, so we’ve mentioned the beaches, and these will probably be where you’ll be spending the majority of your time in Varadero. There are a number of large resort hotels dotted along the coastline, and the beaches directly in front of these places can become very crowded. If you’re not staying in one of these hotels, you can still rent a sunlounger for the day, and there are many kiosks along the beach that will be happy to do this for you. There are also a number of roving vendors that roam the beach selling drinks and snacks. They’re rarely intrusive, and it’s nice to be able to buy a cold drink without having to get up. If you crave peace and quiet, simply take a stroll along the beach until there are less people. After all, there are 20 kms of coastline waiting for you! These beaches are undoubtedly one of the best attractions in Varadero, if not all of Cuba. Located basically anywhere on the north side of the town.