10 Spanish Phrases You Should Know While You are in Cuba 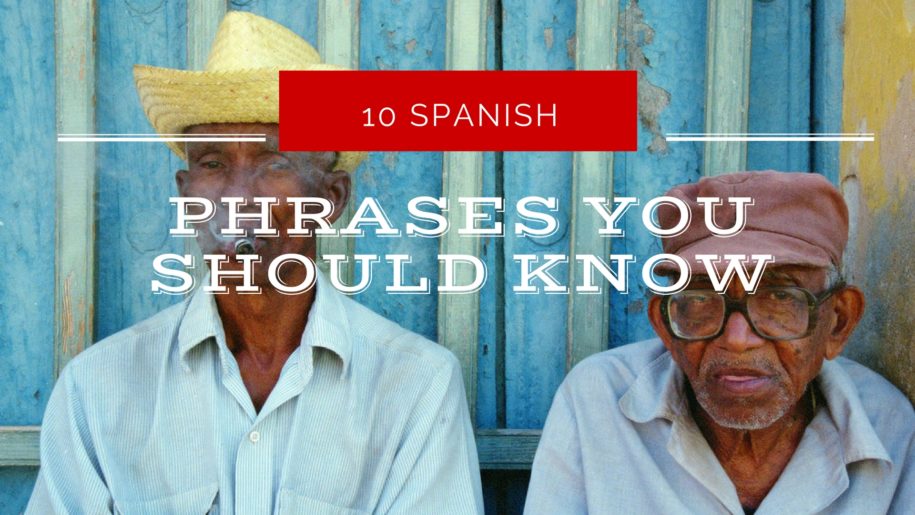 The language barrier can be both enjoyable and frustrating when you travel to a different country. It can be particularly difficult when you travel to Asia or the Middle East – filled with exotic lands that use an entirely different alphabet. You are incredibly thankful when you see English translations on menus and public transport maps when you’re in some parts of the world.

And then there are countries where the locals speak English surprisingly well, like if you travel to the Nordic countries.

But what about Cuba?

If you’re planning a getaway to the island nation, you might be wondering how easy it is to communicate. The growing tourism sector in Cuba means that English is becoming more and more widespread, although this is less true in the small towns and villages. Knowing a little bit of Spanish will really be helpful in these instances. It’s not as though you need to be fluent, and you certainly won’t be able to have deep and meaningful conversations about the nature of existence, but you will find that things will run smoother if you know just a few basics. 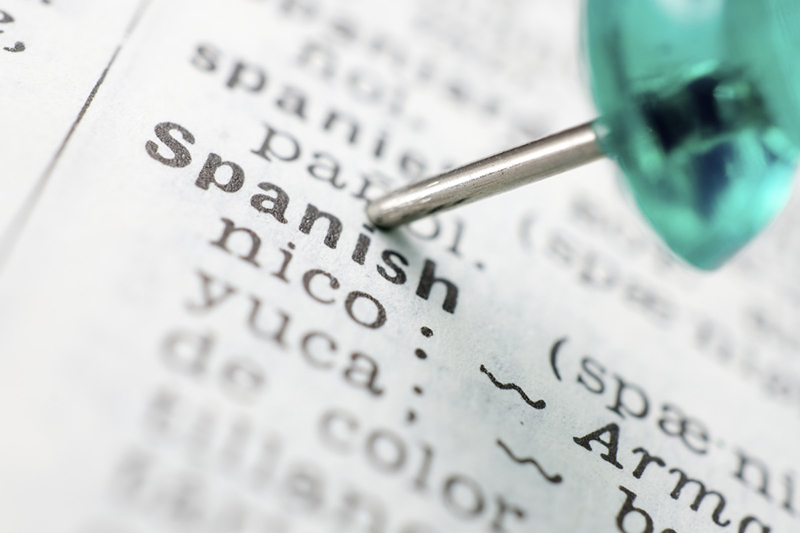 So which Spanish phrases should you know before you go to Cuba?

You probably already know that “Hola” is the Spanish word for hello. This is quite sufficient for greeting someone in Cuba, since it’s a fairly informal society. If you want to take it a little further, you can also try using “Buenos dias” (good morning); “Buenas tardes” (good afternoon); and “Buenas noches” (good evening).

To introduce yourself, you simply say “ Me llamo…” followed by your name. The double “l” in “llama” is pronounced as a “y” (“Me Yamo”).

This is simply the correct way to format a query or an exclamation in written Spanish and does not affect the way the phrase is spoken.

When asking “How are you?”, you simply say “¿Cómo estás?” This is the more informal way to ask the question. In a more formal situation, you would say “¿Cómo está usted?”

You can do a lot of shopping without actually needing to ask questions. But in this case, the two pertinent phrases to know are “¿Cuánto cuesta?” = “How much does it cost?,” and “¿Hay algo más barato?” = “Do you have anything less expensive?”

In the areas of Cuba that are popular with tourists, you will see menus with an English translation, which can be extremely helpful. So you would simply say “¿Puedo ver un menú, por favor? ” which means “Can I see a menu please?” You could also say “Necesito una mesa para dos, por favor” which means “I need a table for two, please.”

If you’re unsure about numbers in Spanish, just say “Necesito una mesa, por favour” which is just “I need a table, please.”

This one is quite easy. When you’re at the bar, you just say “Me gustaria un/a …  por favor.” So if you want a beer, it would be “Me gustaria una cerveza por favor.” Many alcoholic drinks sound roughly the same in Spanish, so you’re quite safe if you just ask for a whiskey or something along those lines (“Me gustaria un whiskey por favor”).

You can even be less formal and simply say the name of the drink you want, followed by “por favor” (“Una cerveza, por favor”).

Hopefully your Cuban getaway will be free of any medical problems. There are two phrases you need to know if you need to communicate with medical staff in Spanish. “Necesito un médico” means “I need a doctor.” You can then say “Me duele aqui” which means “It hurts here,” which would require you to indicate the part of your body that is giving you problems.

This at least allows staff to be broadly aware of your problem while an English speaking staff member can be sourced to translate for you, as is usually the case at hospitals and medical centres where foreigners are treated.

Perhaps you’re in Cuba looking for love. It would be infinitely easier if the attractive lady or gentleman you spot on the dancefloor speaks English, but just in case they don’t, here are some phrases which can help. If you are wishing to compliment a woman, you would say ”Eres muy linda” which means “You are very pretty.”

Of course, you might want to tell a man he’s pretty, but it’s more appropriate to say “Eres muy lindo,” which translates as “You are very lovely.” You might also want to ask, “¿Tienes novia?” (“Do you have a girlfriend?”) or “¿Tienes novio?” (“Do you have a boyfriend?”). If the night goes well, it can be handy to know “Eres muy sexy” (“You’re really sexy”).

There are a few ways to say goodbye in Spanish. “Adiós” is the most common. You can also say “Hasta luego,” which means “See you later.” There is also “Hasta pronto,” which is “See you soon,” and this is probably something you will want to say when you are saying goodbye to Cuba.

10. Perhaps the Most Useful Phrase

It can be fun to try a bit of Spanish, but if you’re really unsure, you can just say, “¿Hablas tú inglés?” (informal) or “¿Habla usted inglés?” (formal) This means “Do you speak English?” It can be a relief when they say yes…

And there will still be plenty of other chances to practice your Spanish on your amazing Cuban holiday.